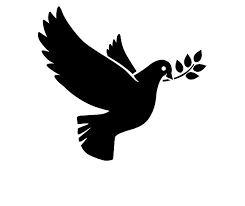 In the Beloved Community, poverty, hunger and homelessness will not be tolerated because international standards of human decency will not allow it. Racism and all forms of discrimination, bigotry and prejudice will be replaced by an all-inclusive spirit of sisterhood and brotherhood.

As an ambitious Emancipatory Organization Douglass seeks to construct a new future-oriented policy framework that is capable of challenging current violent and extractive systems at the largest scales. Douglass will unmask the pseudo-universality of the scarcity illusions social relations and recapture the meaning of the future.

FreedomTrain and Douglass are Technologies for intentional emancipatory futures that empower: local and global communities, returns economic value, funds public goods, and creates the possibility for new models of governance centered in the ideals of Martin Luther Kings “Beloved Community”.

Through the development of Douglass and FreedomTrain we have come to realize that technology cannot be divorced from policy. Policy acts as the pseudocode of implemented technology. In order to have culture shift and system change, we must focus on embodying code with policies that are socially reparative, economically pre-distributive, and ecologically regenerative.

Douglass and FreedomTrain will empower intentional communities, organizations, cooperatives, creatives, and technologist that are attentive to the needs of regenerating the earth and empowering the broadest possible cross-section of humanity. FreedomTrain and Douglass have been created with the understanding that to develop new technologies, or take existing technologies in new directions, we must be explicit and ardent about embedding mechanisms into the protocol for: new definitions of currency, governance, and work.

The policy flowing through Douglass and FreedomTrain stands on the idea that humanity and the earth are interconnected. It draws on the visions of our collective Freedom Dreams to create modern realities of new emancipatory political and economic spaces that are grounded in a radical Love that recognizes the mutuality and interdependence of all.