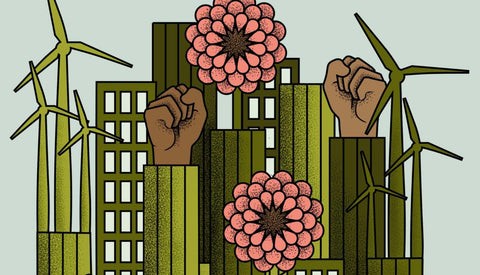 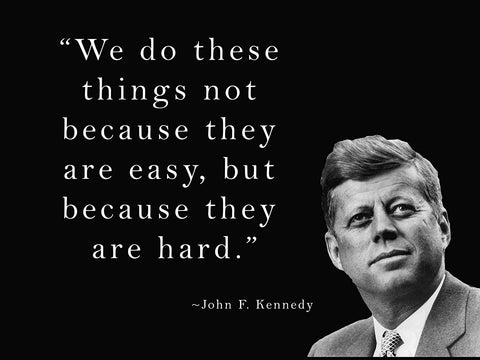 More than Fifty years ago, much of the world celebrated as the first man walked on the moon. Despite complaints about the cost and value of the effort, rigorous planning, huge investment and significant collaboration and innovation across sectors from rocket science to nutrition saw the realization of the bold mission set just seven years earlier by President Kennedy.

Today, instead of seven years to land on the moon, we have just over a decade to mitigate the worst outcomes of climate change, keep global temperatures within the 1.5 degree increase agreed in the Paris Accord and avoid wide-spread environmental collapse.

As with the moon landing, we have in front of us a bold mission — ending climate change and reversing the decline in our environment. But doing so will require far more direction, resources and innovation than that needed for the moon landing. It will require a significant, and potentially unprecedented, redirection of the economy to deliver a green Beloved Community economic transformation.

A Douglass Global Green New Deal is, in principle, precisely that. It is an global strategy writ large – seeking not just to mitigate climate change but to unlock new opportunities for public funding and innovation, tackle inequality, improve quality of life and deliver an environmentally sustainable Beloved Community economy.

The Douglass Green New Deal will create work for millions of people, guarantee everyone who wants one a decent job, invest disproportionately in global poor communities, and move to establish truly free, universal public services like health care for All and free education from preschool through college.

A Global Solution for System Change

The climate emergency is an existential and deepening threat. Small adjustments at the margins of an economic model driving collapse won’t be enough to secure a liveable planet and prosperous future for all. A systemic crisis requires a systemic response.

The goal is simple but transformative: a deep and purposeful reorganization of our economy so that it is democratic, sustainable, and equal by design. The Douglass Green New Deal can rescue our collective futures from climate catastrophe and create the conditions for universal human flourishing.

The Douglass Green New Deal aims to rapidly and justly restructure the economy toward environmental sustainability, decoupling economic activity from non-renewable resource consumption and carbon emissions while expanding the sectors and activities that can build and share sustainable wealth.

Our current antiquated economic systems of profit making finance mechanism are unable or unwilling to create and fund the needed Green  New Deal programs and services. The In action is not because of lack of knowledge of the existential threat to earth but because of the belief that there are no funds to pay for the service and projects that are needed for the Green New Deal.

The scale and pace of change required will not happen if left to market-based “solutions” Markets on their own are an inappropriate mechanism to drive society-wide reorganization of production and consumption within a short timeframe, risk amplifying inequalities, and fail to account for environmental externalities that threaten our collective futures.

The Douglass Green New Deal will address these failings, democratising and decentralising governance, giving new resources and powers to communities, rewiring the institutional arrangements and ownership structures of our economy, creating new forms of purpose, measurement and value to guide economic activity, and building new forms of security.

The Douglass Green New Deal will support a new internationalism, multilateral in orientation, decarbonising and decolonising in action, working for and shaped by the Global South and undoing the colonial legacies that the west continues to benefit from.The Douglass Green New Deal will be a collective and democratic project to reimagine public affluence, the commons, the household economy and the market for sustainable prosperity, focused on meeting the needs of human and non-human life, and centring the voices and interests of ordinary people and communities.

The Douglass Green New Deal will have justice and democracy at its heart. Economic restructuring must involve a double-movement, delivering comprehensive decarbonisation while transforming how the economy operates and for whom. The point is not just to decarbonise, but in the process build a new Beloved Community Economy of expanded possibility and social wealth, a deep reconfiguration of the economy based on new ways of living, working, and thinking.

Beyond Decarbonization: Towards a Beloved Community

The purpose of The Douglass Green New Deal is not just to decarbonise today’s economy but to build the Beloved Community Economy of tomorrow. The long-term goal of a transformative Douglass Green New Deal – beyond driving rapid and just decarbonisation and the exponential scaling of the capacity to reduce carbon emissions – will be the steady, irreversible replacement of today’s economy with a Beloved Community Economy that is  centered around life and vitality, with new institutions that share the wealth we create in common, and where deep freedom, solidarity, and capability are a collective inheritance. A Douglass Green New Deal will be a conscious effort to design Peace, Love and Purpose into the fabric of everyday life.

The Douglass Green New Deal aligned with Beloved Community Economics will centre new kinds of work and value, rooted in solidarity, care and creative expression. It will be oriented toward sustaining and improving human life as well as the lives of other species who share our world. It will be based on a Beloved Community Economics that would tackle existing and longstanding disadvantages experienced by marginalized groups, challenging the multiple and reinforcing forms of oppression that lace through our society.

The Douglass Green New Deal will build new forms of stewardship to re-embed the economy in nature, ending the false separation of the economic from the environmental, scaling new institutions of communal flourishing, and rewiring control so we all have a stake and a say in decision-making that shapes our workplaces, communities, and society. An expansive social commons and the building of public, green infrastructures that support new forms of solidarity, creativity and commoning will underpin a Douglass Green New Deal.

A transformative Douglass Green New Deal will require a decisive break from antiquated systems. The core of these antiquated systems is a multi-pronged, often contradictory strategy to insulate capitalism from democracy, to transform the economy into an object beyond the realm of politics, to privilege private power over common wealth. The Douglass Green New Deal will be the opposite of these antiquated systems a de-naturalization of the economy to re-embed it within natural systems by conscious design, a recognition of the plasticity of institutions and their political ordering, and a belief that deepening democracy and the capacity for democratic intervention in all spheres of society is a precondition for a better collective future.

The Douglass Green New Deal will consequently depend on: collective action, ambitious public investment, strengthened labour power, democratic planning and democratized workplaces, the deliberate scaling of a pluralistic landscape of shared ownership, the commoning of resources, and the extension of the public realm and shared ownership in place of private consumption. Underpinning all of this must be a democratization of ownership and control in the economy, at multiple scales from local to the national and beyond, breaking from a system dominated by private ownership focused on profit and accumulation and instead extending democratic governance and power into economic life, repurposing and recreating enterprise to serve social and environmental needs over private accumulation.

The Douglass Green New Deal requires new ways of creating and measuring value in the economy with Douglass Community Policy targeting a more needs-focused, sensitive and sustainable range of metrics than GDP growth, including the expansion of leisure time as a key goal of the economy.

Ambitious industrial strategies capable of restructuring production and consumption, supporting just social and ecological reproduction, and driving the mass deployment and adoption of zero-carbon technologies and infrastructures will be vital. The institutions that dominate our economy – from the company to institutional investors to central banking – will be rewired through new forms of ownership and governance so that they are sustainable, democratic, and inclusive by design.

Many important components of the Green new deal are seen as not profitable in our current economic system and are therefore not being pursued.

An example of what is needed is too have amazon rain forest Developers stop burning the forrest and converting it to farm land.

The Amazon rain Forest needs to be repaired. We need to pay the Amazon Developers to replant the rain forest more then they will earn from the Farm land (Crops, Animals)

Whenever possible Douglass will repatriate land to the indigenous and diaspora communities.

Douglass' technology will be used to fund and coordinate a Global Douglass Green New Deal. 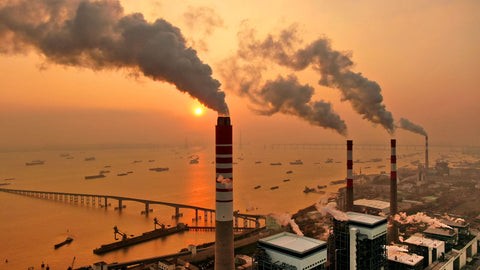 Douglass will finance the acquisition and transitional operations of global oil, gas, and coal companies.This will facilitate the ability to rapidly shift the global energy paradigm from fossil fuels to community owned green sustainable energy.

This will also allow for the possibility of a complete moratorium on oil, gas, coal and carbon extraction emissions, and a transition to an economy that benefits everyone and that ends the exploitation of the Global South and Indigenous Nations for resources.

Douglass will finance the acquisition and transitional operations of for profit energy utilities. This will lead to lower price for energy as the energy utilities will now be owned by the community. This will also allow a transition to community owned and operated sustainable green energy.

By deploying much-needed funding and capacity-building to design and build community-run energy utilities, communities can take the reins from for-profit utilities. Douglass funding will help to build a vibrant Beloved Community economy based on energy democracy, on such priorities as energy efficiency, shared solar and electrification. Taking the grid back into public control via a Douglass Green New Deal provides a foundation for building the next energy system and supporting energy democracy.

Whenever possible Douglass will repatriate land to indigenous and diaspora communities.

When Energy assets are purchased they will become a part fo the Douglass Community Asset Pool.

Previous
Douglass Universal Income for All
Next
Freedom Dreams