No Blocks, No Chains.

Members of the Underground Railroad often used specific terms, based on the metaphor of the rail way. The Railroad was often known as the "freedom train” which headed towards "Heaven" or "the Promised Land"

FreedomTrain: The Douglass Communities Native Decentralized Ledger, that is consciously designed to integrate the ideals and consciousness of Dr. Martin Luther King’s “Beloved Community” into the creation of New Futures for All.

FreedomTrain: A "Douglass Community" Economics and Governance service for Modern New Futures. Freedomtrain is socially predistributive (not merely correcting inequalities after the fact), and ecologically regenerative (not merely repairing the damage previously done). The FreedomTrain decentralized block chain is integrated into Douglass Community

The Ground We Stand On 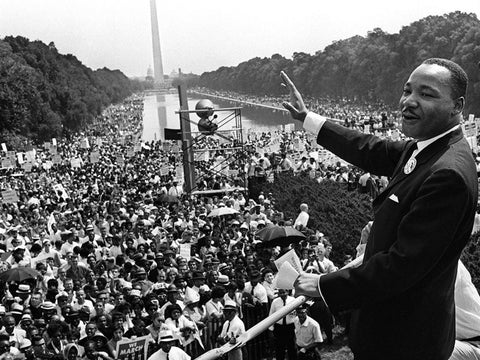 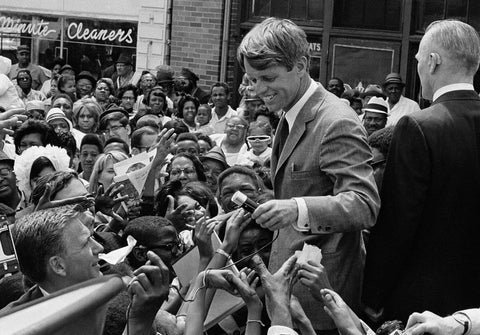 Half a century ago, humanity witnessed the assassinations of two of its brightest lights – Martin Luther King Jr., and Robert F. Kennedy. The world still grieves for the loss of these great visionaries, and for their dreams of social justice and equality for all.

With the introduction of FreedomTrains Emancipatory Technology, Douglass Community Economics, and Douglass Community Policy, we recapture and move forward with the ideals and dreams of Martin Luther King, Robert Kennedy, and all of the ancestors that have paved the way on our journey towards a Beloved Community.

We cannot simply heal our individual trauma, nor can we consume better to save the environment. We cannot vote harder and place all our hope in a few individual politicians. Climate change will kill us before any of these strategies liberate the planet from our current crisis.

Ideas associated with Emancipatory Freedom animated the work of abolitionists, formed the basis of numerous trade union struggles, and continue today in campaigns for wages, land rights, basic health, security, dignity, and self-determination. Any understanding of an Emancipatory Freedom must be open to co-creation, and further transformation and alteration.

Our collective imaginations are currently confined within the parameters of a captured and obscured realism. We are more prone to believing that ecological collapse is imminent, increased militarization inevitable, and rising inequality unstoppable. When Emancipatory futures are proposed, they have to be rigorously justified in instrumental terms, rather than allowed to exist in a liberatory reality space. In the institute’s of academia the Emancipatory impulse has been positioned as naive and futile.

Today, the space of Emancipatory hope has come to be occupied by a skeptical maturity and a widespread cynical reason. The goals of an ambitious Emancipatory future, aimed at the total transformation of society, has been reduced to minor tinkering at the edges of society.

If we want to escape from the present, we must first dismiss the settled parameters of the future and wrench open a new horizon of possibility. Without the belief in a different future, Emancipatory futures will be excluded from the beginning. In elaborating an imagination of the future, FreedomTrain and Douglass generate a viewpoint from which the present becomes open to critique. FreedomTrain and Douglass suspend the appearance of the present as inevitable and brings to light aspects of the world that would otherwise go unnoticed.

FreedomTrain is at its core a cost-tracking economic system. Cost tracking is the process of accounting for all the disaggregate labor and resources that go into products and services produced.

When we have a disaggregate list of costs for each product, we can know the exact costs of something, as opposed to just the market cost.

FreedomTrain allows tracking of costs of production, retaining information about the labor, resources, and to some extent the externalities it takes to make something.

FreedomTrain seizes upon the singular social, economic and ecological opportunity of our time; the transition from an extractive to a non-extractive marketplace.

FreedomTrain creates a body of protocols that are explicitly designed to facilitate the creation of civic and social goods that are aligned with the Beloved Community.

Layered on top of the FreedomTrain protocol system is a comprehensive grouping of tools and processes that support the human actors in the system as they lead, innovate, strategize and communicate effectively

FreedomTrain represents a potent alternative to both Impact investing and philanthropy, neither of which are capable of creating the social, economic, political and ecological solutions at the scale we require today.

FreedomTrains whole systems design approach gives the ability to see complex scenarios as they arise anywhere in the world, all with local, regional, national and global implications. FreedomTrain uses this form of design to turn complex ecological and socioeconomic issues into the opportunity to regenerate and transform local communities at scale.

FreedomTrain represent a vehicle for funding infrastructural opportunities based on actual pubic needs, where value is derived not from speculation, but from improvements that designed to regenerate the earth and communities at scale from the ground up.

FreedomTrain is an adaptive protocol system for creating, redistributing, and structuring real assets in the form of natural resources, civic utilities and technologies.

Extractive approaches seek to deploy investments to simply extract wealth in a ‘zero-sum game , at the direct expense of the health of the wider social, economic and ecological systems upon which all wealth production depends. The end result of this process is scarcity, bubbles, volatility, risk and at worst, financial crisis.

FreedomTrain will start with a minimal set of applications that enable community governance, and currency distribution.

All new applications and services that run on the FreedomTrain network must be approved though the Douglass Community Public Interest initiative process.

Applications and services that are vital to the improvement and maintenance FreedomTrain will be developed by Douglass.

The FreedomTrain information-economic infrastructure introduces a unique system of protocols that accounts for what is actually happening at different scales in the real world, and seeks to connect the value of Douglass Community Tokens to the sustainable creation of new assets as identified, designed and guided by Douglass Community Economics, Beloved Community Policy, and The Douglass Community License.

A primary goal of FreedomTrain and Douglass is to maximize Emancipatory freedom, to enable the flourishing of all of humanity and the expansion of our collective horizons.

In a realized Beloved Community, high-quality public goods will be provided for All, enabling the flourishing living of lives.

One of FreedomTrains primary actions will be the instantiation of a Reparations Fund for Indigenous Peoples, and The Global African Diaspora.

Free time is the basic condition for self-determination and the development of our capacities.

The activation of Douglass Community Economics and Douglass  Community Policy through FreedomTrain and Douglass will provide the monetary resources for living, and increases the possibility for free time.

Douglass and FreedomTrain will help in providing the capacity to choose our lives: we can experiment, choosing to foster our cultural, intellectual and physical sensibilities instead of blindly working to survive.

FreedomTrain makes real change, providing opportunities for marginalized communities across the globe through the distribution of  economic gains to worldwide communities. This will be achieved in ways that allow for the healing of  communities and the earth; while building abundant economic ecosystems that promote and develop sustainability across the globe.

FreedomTrain iterates on the social and civil rights movements and directs us to a path of Love, Abundance, and Beloved Community.

FreedomTrain will empower intentional communities, organizations, cooperatives, creatives, and technologist that are attentive to the needs of regenerating the earth and empowering the broadest possible cross-section of humanity.

FreedomTrain and Douglass have been created with the understanding that to develop new technologies, or take existing technologies in new directions, we must be explicit about embedding mechanisms into the protocol for: new definitions of currency, governance, and work.

To live in a world of Douglass Community Economic abundance means to live in a world of peace, love and purpose, where everyone is guaranteed free access to housing, food, clothing, sanitation, water, energy, healthcare, education, child and elder care, as well as means of communication and transportation, without exception.

The steadfast material security of Douglass Community Economics is what allows people to ask “How can I help the suffering and oppressed?” rather than “How am I going to live?”