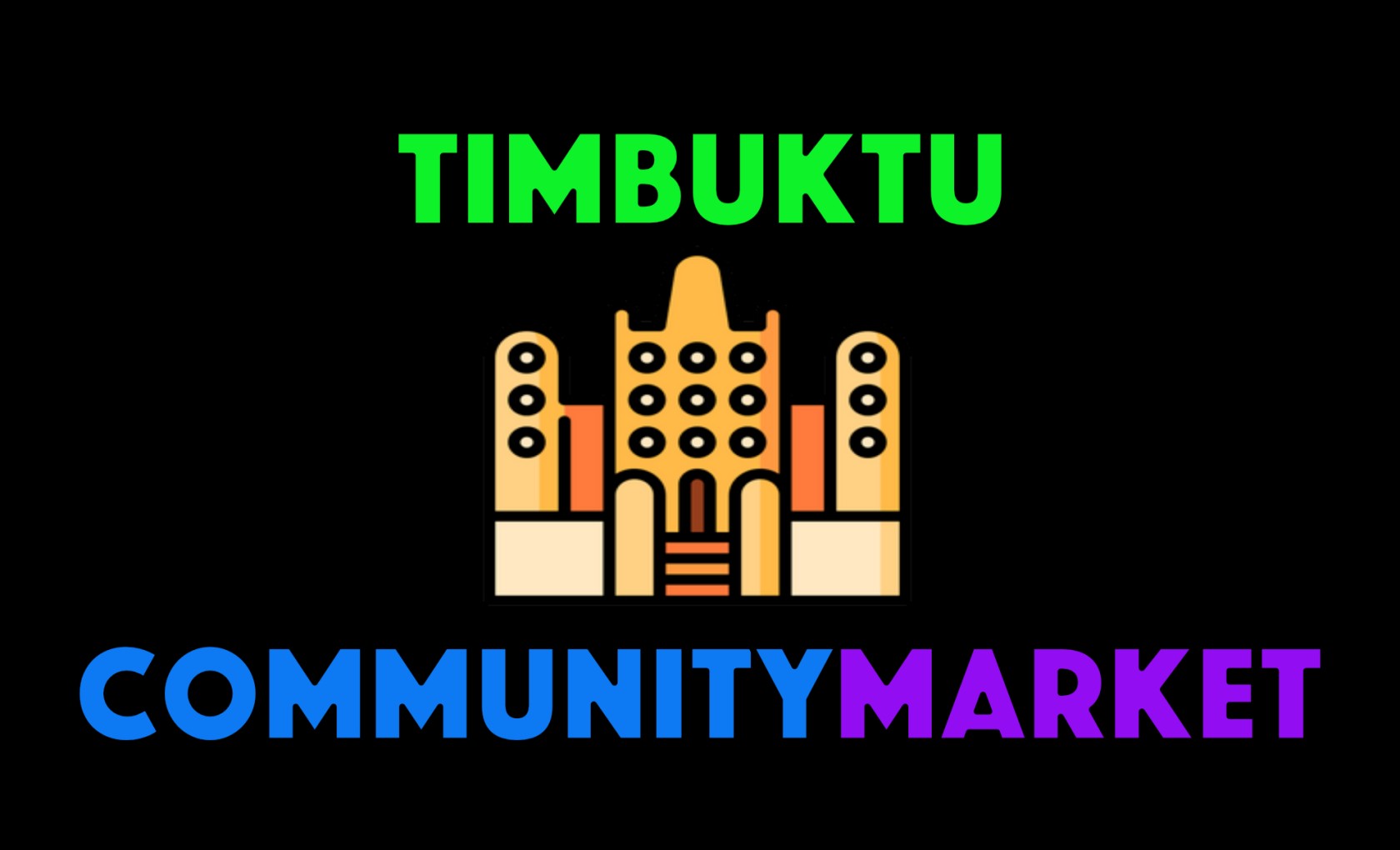 Through the Timbuktu market, users can sell and purchase a wide variety of specialty goods and merchandise. The primary area of focus is green-friendly and ethically aware merchandise, as well as healthy & natural edibles and body care products.

A large focus point for Timbuktu is fostering a sense of togetherness and community co-ownership. This is intended to be a sharp contrast to existing online marketplace models such as Amazon, that tend to enable price gauging from sellers, and remain cold and impersonal with no real connection to community.

Unlike Amazon, at Timbuktu there are no forty dollar monthly fees for sellers, nor fifteen percent transaction fees. Users moving from Amazon to the Timbuktu platform will notice a drastic difference in terms of both what they can expect from Timbuktu, and in what Timbuktu expects from it’s users. Just as prospective users have higher standards for Timbuktu, Timbuktu holds it’s members to the Douglass Community standards.

At Timbuktu sellers pay five dollars per month with a ten percent transaction fee. Because "We are all in this together"  Fifty percent of Timbuktu's revenue will be shared with Douglass Community Asset Fund. Hamer members are also poised to benefit from Freedom Train related loyalty programs. Since Timbuktu cares more about ethical behavior from both users and itself, price gauging, item misrepresentation, buyer/seller canceling and the like will be much more closely watched and moderated.

The Douglass Community Asset Fund will facilitate projects that are supported by the Community and that aligned with the Douglass Community Pledge and Douglass Community License. These projects could range from saving the tropical rain-forests, to disaster relief efforts, or developing green-friendly technology. Douglass approved Freedom Train initiatives might also include helping out impoverished neighborhoods and towns, supporting local food drives, or helping out a particular charity. The sky is the limit here, but really it’s all up to the community, because we’re all in this together.

Concerned users need not worry about the asset pool being used to fund some unnamed billionaire’s fourth private jet, though. Timbuktu doesn’t do that sort of thing.

Timbuktu strives to adhere to these principles at every turn, and makes every effort to enable a better community embodying these values. Leading by example, Timbuktu’s more conscientious stance on both seller and buyer behavior lets it promote a system with better user satisfaction. The hard line on ethics lets it promote better employee treatment and a more attractive prospect for long term career options. A drastic improvement over less savory options such as Amazon, which have been known to have concerning employee working conditions in the past, and a lack of concern with transaction abuses committed through their site.

A major goal for Timbuktu’s quest to better the world around us is to help our users see and feel the results of their contributions. To that end, we encourage member involvement in deciding the direction for what Freedom Train initiatives will be prioritized with the Douglass Community Asset Fund. We also encourage users to check in on the list of ongoing or completed Freedom Train initiatives. As more and more of these goals are completed with funding provided by Timbuktu, users can look forward to watching strong growth and expansion from Freedom Train.

Timbuktu is named in honor of the Ancient Western African trade capital.